14 paintings by artists who were inspired by music and musical theatre, are on display at the exhibition Music and Theatre in Estonian Painting at the Kuressaare Castle.

The exhibition’s theme work is a portrait painting of Ludvig Juht(1894-1957), the most outstanding double bass soloist in Estonian music history, completed in 1947 by the artist Eduard Ole (1898-1995).

The curator Eero Epner has introduced the exhibition:

Estonians love to call themselves a singing people. Historical evidence corroborates this: music and song has always had a very important role in Estonian folk culture. When the formation of various associations and societies began in the mid-19th century, cultural aspirations in music and theatre were palpable. To what extent is this reflected in Estonian painting?

It is reflected. The transfer of musical experiences to canvas is admittedly complicated because the most important part of such experiences – sound – is lost. Paintings emit no sound, they don’t sing or play an instrument. Paintings are mute, but fortunately they have the capacity to rouse our fantasy in such a way that our ears nevertheless start hearing sounds. Consider, for instance, Eduard Ole’s portraits of Ludvig Juht and Juhan Simm – we see that they are surrounded by music. We do not hear this but we have an inkling of the dynamics, mood and sound of music.

Since the depiction of music with the means of the art of painting is difficult, Estonian artists have not exactly focused too much on this subject matter. Nevertheless, we find signs time and again of some musical instrument or some musician, someone plays the piano or the double bass, somebody has placed a violin or a mandola among other objects. We do not see music itself, but we do see signs of music. Yet this is not for no particular reason. It is not so that nearly all artists do not include references to music in their paintings. Even in Estonian art history, a definite circle of artists has developed for whom music was so important that they wanted to try conveying it on canvas. Many of these artists are at this exhibition: Johannes Greenberg, Lepo Mikko or Adamson-Eric often depicted musical experiences or experiences from musical theatre in their art. Music was not a coincidence for them. It was a calling. 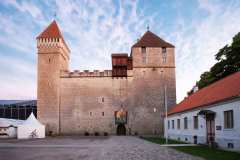 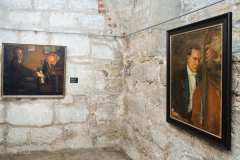 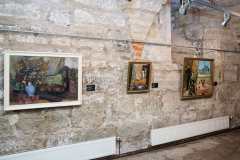 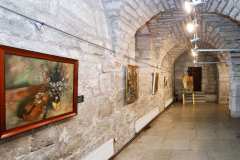 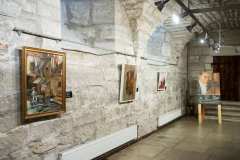 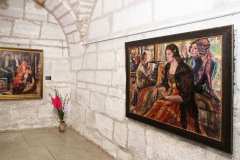 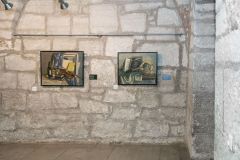 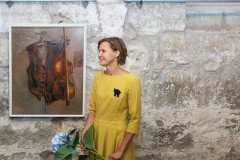 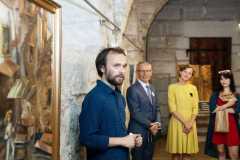 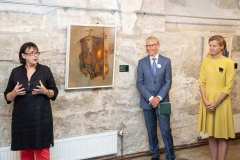 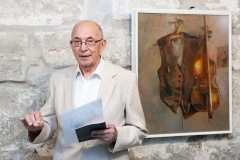 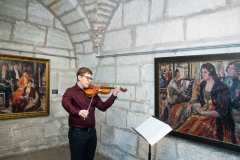 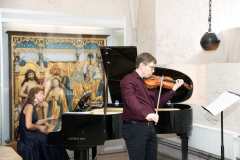 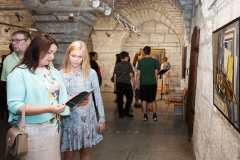 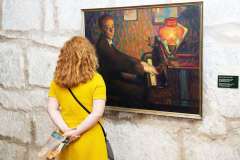